The 2020 Youngstown Area Jewish Film Festival aims to take participants on a cinematic, cultural journey that depicts a broad spectrum of Jewish life. The films shown come from all over the world, providing diverse audiences with a glimpse into the Jewish experience. We are excited to bring you seven outstanding films this festival season. Treat yourself to the richness of Jewish life projected through the lens of modern filmmakers.

Your $25 ticket provides online access for a 48 hour window to watch the virtual films, as well as a ticket to each of the films showing at the Skyway Drive In.

Thanks to these sponsors:

THOU SHALT NOT HATE

TUESDAY, SEPTEMBER 15 | VIRTUAL | WATCH WINDOW EXTENDED TO SEPTEMBER 30
DRAMA | ITALY 2020 | 96 min
Simone Segre, a renowned surgeon of Jewish origins, lives in a city in the north-east of Italy. A quiet life, an elegant apartment and no connection with his past. One day he finds himself assisting a man victim of a hit and run accident. But when he discovers a Nazi tattoo on his chest, Simone abandons him to his destiny. Filled with guilt, he ends up tracing the man’s family: Marica, the eldest daughter; Marcello, a teenager plagued with racial hate; and little Paolo. The night will come when Marica knocks at Simone’s door and unknowingly asks for payback. *This film is premiering at the 2020 Venice Film Festival.

WATCH WINDOW WEDNESDAY, SEPTEMBER 23-25 | VIRTUAL
DOCUMENTARY | USA 2020 | 84 min
Antisemitism in the U.S. and Europe is spreading. Director Andrew Goldberg examines its rise, traveling through four countries to follow antisemites and their victims, along with experts, politicians, and locals. 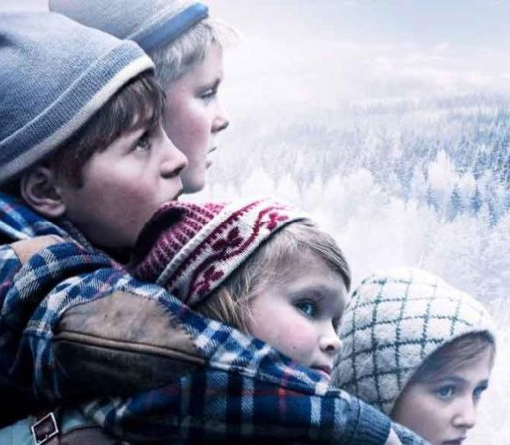 WATCH WINDOW TUESDAY, SEPTEMBER 29-OCTOBER 1 | VIRTUAL
DRAMA | NORWAY 2020 | 90 min
When their parents are arrested for hiding Jewish children, 10-year-old Gerda and her brother Otto take up the task of hiding young Sarah and Daniel from the Nazis and helping them escape into Sweden.

MY NAME IS SARA

WATCH WINDOW THURSDAY, OCTOBER 8-10 | VIRTUAL
DRAMA | USA, POLAND 2019 | 111 min
The story of Sara Goralnik, a 13-year-old Polish Jew whose entire family was killed by Nazis in September 1942. After a grueling escape to the Ukrainian countryside, Sara steals her Christian best friend’s identity and finds refuge in a small village, where she is taken in by a farmer and his young wife. She soon discovers the dark secrets of her employers’ marriage, compounding her own greatest secret that she must strive to protect, her true identity.

PICTURE OF HIS LIFE