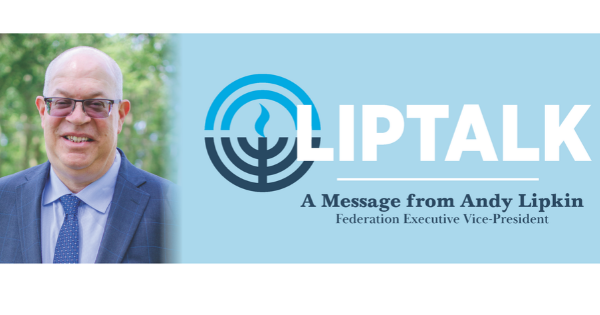 Note from Andy: This month, in place of my regular column, I invited Federation Director of Community Relations/Government Affairs Bonnie Deutsch Burdman to share her thoughts regarding current affairs in Israel. 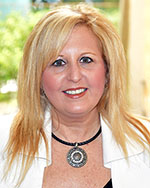 While all of us in the Jewish community and beyond have been consumed for the past months with our responses to the communal challenges caused by the COVID-19 pandemic, and now with our desire and need to engage in the fight against injustice and systemic racism at this moment of national reckoning, we also need to keep an eye on what is happening in Israel.

Under the coalition agreement between Israeli Prime Minster Benjamin Netanyahu’s Likud and Benjamin Gantz’s Blue and White parties, on July 1, Israel can officially consider legislation to incorporate land currently governed by the State’s Judea and Samaria Civil Administration (JSCA) into the State of Israel.

Depending on one’s political viewpoints, this potential move has been referred to as either “applied/extension of sovereignty” or “annexation.” Despite the politically charged semantics, the terms are used interchangeably for the idea that Israeli law will replace the JSCA currently in existence.

Israeli government officials who support this change believe that it will lead to further negotiations with Palestinians. They also argue that inaction or maintaining the status quo will be harmful to Israelis and the future of the state. Those who oppose the move claim annexation would negatively impact future negotiations with Palestinians, undermine the Jewish and democratic nature of Israel, and bring condemnation from around the world.

So what is the Israeli government’s plan and why do we need to talk about it?

As of this writing, it is still not clear exactly what, if anything, Israel will do on July 1, nor is it clear if the United States will endorse any Israeli action. Some reports suggest that Israel will apply sovereignty over 30 percent of the West Bank, while others are more conservative and suggest a symbolic annexation of a small amount of land and/or some 128 existing settlements.

We need to talk about this because as we all know, whenever something happens in Israel and the greater Middle East, the world is always watching and is often critical of Israel’s actions, particularly as they are related to territory in the West Bank. Because of the highly charged political climate here in the U.S. on the heels of a national presidential election, we are on the precipice of a potentially explosive debate.

And, there is no clear consensus on this issue in the national organized Jewish community, nor are we destined to all agree here at home. It would seem illogical not to take a position or make a statement about such a moment in Israeli history, but we might not be able to do so. And what will we say if we receive questions from the media or from our non-Jewish coalitional partners with whom we don’t always agree about Middle East policies? Difficult questions all.

This moment is reminiscent of five years ago when we debated the Joint Comprehensive Plan of Action (JCPOA), or “Iran nuclear deal.” During that time, ideological entrenchment and hyperbolic, partisan influence campaigns often supplanted thoughtful and sincerely held beliefs on a critically important topic. Depending on one’s political leanings, the debate missed the underlying consensus that our community understood – and still does – that Iran’s nuclear program is an imminent threat to Israel’s security. The point of divergence was whether the JCPOA would lessen or increase the risk. The debate at our JCRC and at the Federation level was acrimonious and led to some repercussions that are still felt. Hopefully the Iran debate has taught us important lessons about the need for civility and respect for differing viewpoints as we enter into discussions about Israel’s potential next moves.

But one thing is clear – our community is aligned where it counts. We agree on our support for a secure, Jewish, and democratic State of Israel with equal rights for all its citizens, resulting from a peaceful, two state solution to end the Israeli-Palestinian conflict. The JCRC is currently studying the matter, will make recommendations to the Federation Board if it deems necessary, and as always, will continue to provide crucial leadership to our regional Jewish community on this important conversation.