The Day After: Personal Perspectives in the Western Galilee

Following the Recent Civil Unrest During the Latest round of hostilities between Israel and Hamas, a diverse group of Israelis, Jews, and Arabs share the challenges and hopes for the future in the Western Galilee. Join us for this virtual event.

Sponsored by the Jewish Agency for Israel and Western Galilee Partnership2Gether 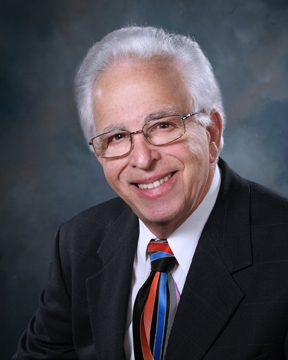 "Laughin' thru the Night" with Rabbi Dan Roberts.

A Night of Comedy for All Ages

DANIEL A. ROBERTS (D.D., D. Div., F.T.) Rabbi Roberts was twice voted Cleveland’s Funniest Rabbi and was the opening act for “I Am Sarge—Comedian, Actor, Performer” in his appearance in Cleveland Ohio. He has performed as a standup comic at various Independent and Assisted Living venues in the Denver area.

Rabbi Roberts is a confirmand of Congregation Rodef Sholom, and no one, at the time, ever entertained the thought that he would become a rabbi. He is rabbi emeritus of Temple Emanu El, Cleveland, Ohio, where he served for over thirty-five years. Rabbi Roberts also served at Temple Beth Israel in Sharon, PA for 10 years until its merger with Congregation Rodef Sholom.

Rabbi Roberts is also a Fellow in Thanatology as certified by the Association of Death Education and Counseling, and has done extensive work in the field of bereavement and mourning, and has produced a video on teenage suicide entitled Inside I Ache that has had national distribution. Rabbi Roberts is the author of a book on Clergy Retirement: Every Ending a New Beginning (published by Wipf & Stock Publishing Company) and is a co-editor with Melinda Moore of The Suicide Funeral (or Memorial Service): Honoring their Memory, Comforting their Survivors (published by Wipf & Stock Publishing Company)

Rabbi Roberts and his wife and actress, Elaine Rembrandt, are currently living in Denver, CO.

Get Involved
Back to top